History of the Spreespeicher

The spreespeicher in berlin

A look at the history of our premises opens up a glimpse into the exciting history of our capital city. The Spreespeicher is situated at the Osthafen, flanked by the Stralauer Allee and the banks of the Spree, where, as a testament to modernity in the Wilhelminian era, it has accompanied historical developments through to today.

A PIECE OF HISTORY 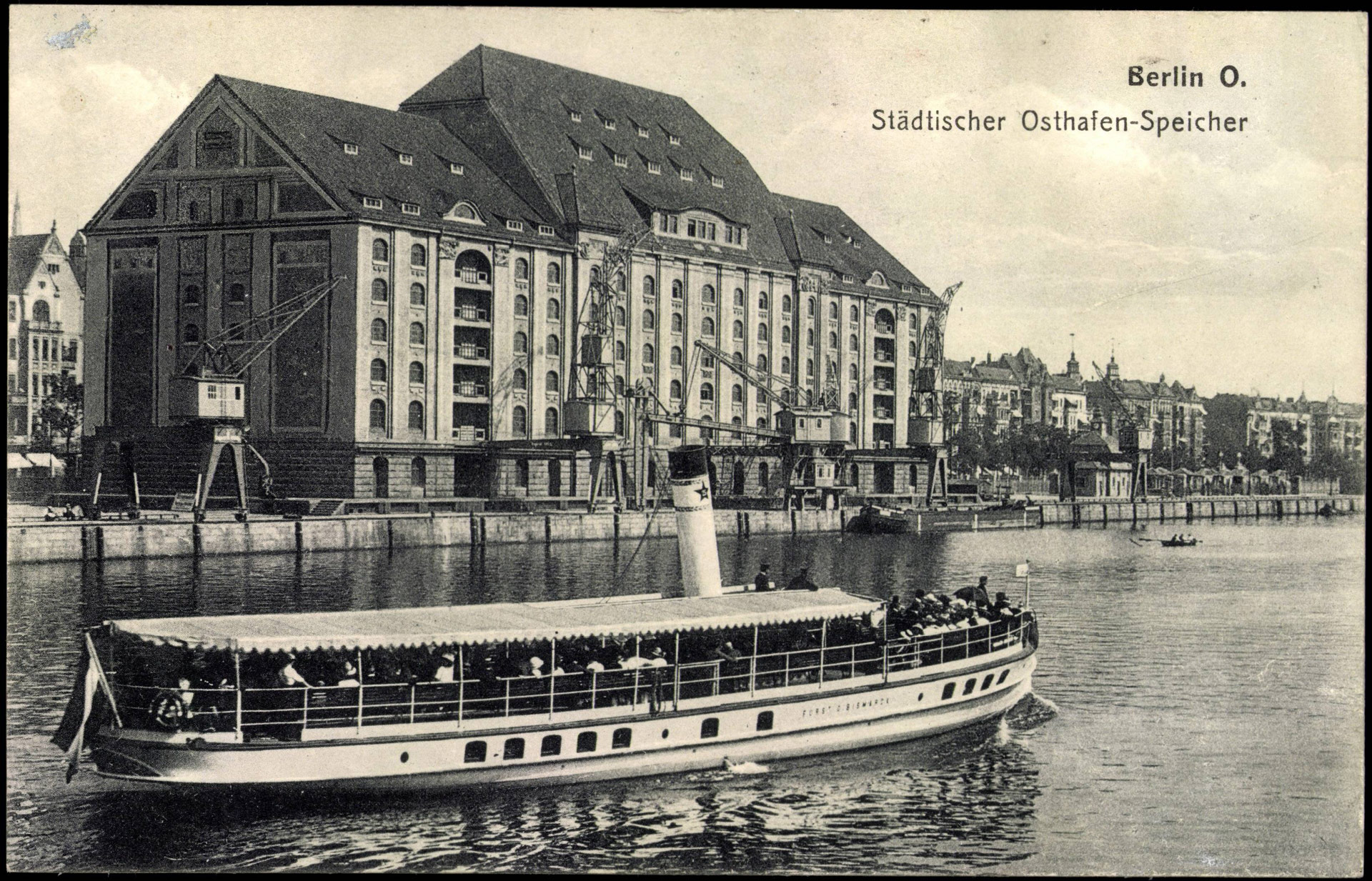 THE HISTORY OF THE SPREESPEICHER

The Spreespeicher was designed by architect Friedrich Krause as head of municipal planning for the city of Berlin responsible for civil engineering. After six years of construction work, the granary was opened in 1913 directly beside the cold-storage warehouse known as the “egg store”. With its huge hipped roof, brickwork facades and natural stone work, he gave the building the unique face that it still maintains today. Since, due to financial difficulties, the city was not in the position to take care of the operations of the dock facilities itself in the long term, ownership of the Spreespeicher transferred together with other buildings into the hands of today’s Berliner Hafen- und Lagerhausgesellschaft mbH, known as BEHALA for short. Despite much damage in the Osthafen during the Second World War, the Spreespeicher was used as a reloading hub for the Wehrmacht until the docks were occupied by the Red Army in April 1945 until 1947 and the still existing goods seized.
With reunification in 1990, Berlin’s Osthafen lost its economic significance. Until this time, the Spreespeicher had been used as a warehouse. Plans for modern usage were drawn up and were implemented in 2000 with the granting of a building permit; the work was completed in 2001. Using high-quality materials such as granite, shell limestone and clinker bricks from Bunzlau, the building was optimally restored and, taking the concerns of the preservation of historical monuments into consideration, was adapted to the standards of a modern office building without losing the essential appearance of the former granary. Today, with its over 100 years of history, the Spreespeicher offers a locality that scores both with its special position in the midst of the Berlin media quarter in the trendy district of Friedrichshain and with its location on the banks of the Spree with a view of the Oberbaumbrücke. Not far from the Mercedes-Benz Arena, close to MTV and Universal Music, the Spreespeicher is and has always been a unique place that delights with a special flair.

Ask for an offer now

three venues at the spree

up to 600 people
stylish lounge

up to 250 people
conference- & showroom

Spreespeicher - Eventlocation at the Spree